A Review of Philip Kerr's IF THE DEAD RISE NOT 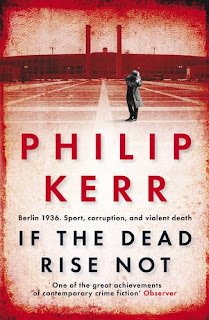 One of the highlights of Kerr's Bernie Gunther series is that you never know, book to book, what you're going to get. While other bestselling authors find a winning formula and stick with it, Kerr stirs the pot every chance he gets. The series began in linear fashion with the first three novels moving from 1936 (MARCH VIOLETS) to 1938 (THE PALE CRIMINAL)  to 1947 (A GERMAN REQUIEM) in chronological order. Returning to the series years later, Kerr decided to mix things up and jump around in the life of the character (THE ONE FROM THE OTHER, A QUIET FLAME and IF THE DEAD RISE NOT and FIELD GREY) before switching gears yet again with novels relating Gunther's war years: PRAGUE FATALE and A MAN WITHOUT BREATH.

IF THE DEAD RISE NOT begins before MARCH VIOLETS and, at the outset appears to be a tale set solidly in the Berlin of the 1930s. The year is 1934 and Gunther is working as the house dick at the luxurious Hotel Adlon. With the Olympics looming, business all over Berlin is booming and every con man and crooked operator has leeched onto the cash cow. There is also political unrest as the Nazis' anti-Semitic policies are not unknown to the rest of the world contemplating boycotting the games in protest. It's a volatile time and Gunther is right in the middle of it. 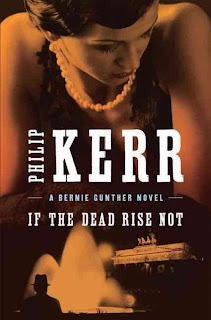 A suspicious death at the Adlon coupled with the theft of an item from the room of a wealthy American gets the tale rolling and soon Gunther is up to his ears in corruption and the tide is rising fast. Then he falls in love with Noreen, a Jewish-American reporter, and then things start to get really complicated. A dead, seemingly drowned boxer, construction company scandals, gangsters, the Gestapo and the race to get things ready for the Games coupled with Kerr's incredible ability to recreate the past and IF THE DEAD RISE NOT gets into gear. This is no potboiler though. With so many plot elements and historical elements to be recreated, the novel takes place on a much broader canvas - one that takes time to visualize. There are a lot of memorable characters coming and going throughout the book as well so that the whole can sometimes seem like it is reading longer than it actually is. There's some great action and Gunther once again finds himself eye to eye with the Grim Reaper when things come to a head. 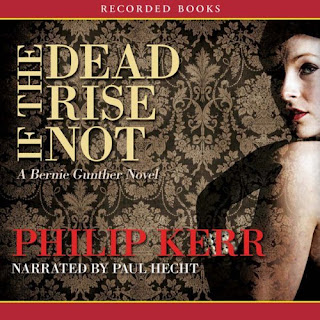 Breaking with the format he set up for the time-shift novels where they begin in the "present" (1950s) then bounce backwards, Kerr pulls a fast one. Having started IF THE DEAD RISE NOT in the 1934, the novel jumps ahead 20 years to 1954 where the plot threads from the Berlin 1934 section will finally play out. Gunther is in Cuba, still living under an assumed name, after having fled Argentina. He's old, miserable, missing Germany but living quiet and this last part is the major cause of his misery. Gunther misses the action and that action drops into his lap when Noreen suddenly appears in Cuba to launch the last leg of the novel's plot.

Kerr's characterizations here are one of the 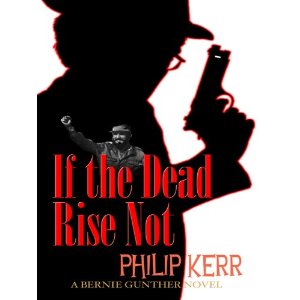 highlights of the book. This is no sappy romance where the two lovers, separated by history, fall into each other's arms as the curtain falls. No, Gunther and Noreen are adult, middle-aged realists whose lives have taken them in different directions. One of those directions for Noreen is her daughter's affair with the very gangster Gunther had butted heads with in the Berlin section. But that's the least of his worries. Revolution is in the air, US gangsters are crawling into the cracks of the country with dollar signs in their eyes and Cuba is a powder keg waiting for the fuse to be lit.

Again, Kerr effortlessly recreates Cuba in 1954 and you start sweating by the second page of this section. This, coupled with a bevy or real and fictional - yet interesting - characters make for a rich tapestry that end with a revelation no keen reader should take as a surprise and another that will shock. 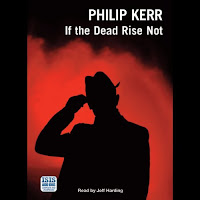 IF THE DEAD RISE NOT is not a novel meant to be devoured in one sitting though you might be tempted to do so. Rather it's an immersion in a world that no longer exists and it brings us into the lives of captivating characters, however unsavory, whose desires, greed and hopelessness is spellbinding. I consider it one of the strongest novels in the series.