A Review of Ariana Franklin's CITY OF SHADOWS 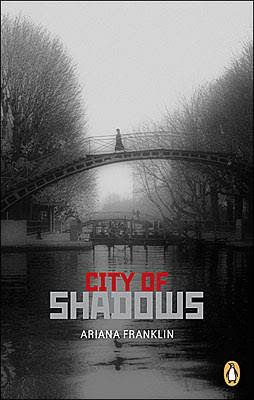 In Ariana Franklin's contribution to Berlin Noir, we are taken back to Berlin in 1922 for a meandering tale of deceit and corruption set against the rising darkness that would soon swallow the city, the country and, ultimately, the world.

The novel kicks off with a prologue featuring a woman being thrown off a bridge into the Landwehr Canal by a large, unseen assailant in 1920. In the first of a couple of jumps, the first chapter begins in 1922 where a disfigured Russian Jew named Esther who has been reduced to taking a job as secretary (and 'lover') to another Russian immigrant calling himself Prince Nick who is a weaseling, amoral, money-grubbing, cabaret-owning, opportunist and exploiter who is on the make and on the rise. Nick has stumbled upon a woman in a mental hospital who he believes to be Princess Anastasia who had escaped the assassination of her family in Russia years before. Nick doesn't particularly care if she is royalty or not, he's going to groom her for the role and line his pockets when the big news story breaks. However the women in question believes she is being hunted by Russian assassins and is in terror for her life. So Esther is ordered by Nick to take care of this woman and help with preparing the deception from the apartment that Nick has provided for them.

The above is the spine on which the tale hangs and this is all going on while the Communists, Nazis are on the rise and poverty reigns in Berlin. When the bodies start piling up, the police get involved and the tale becomes one that is hard to pin down. 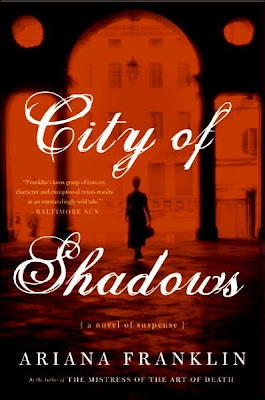 The novel switches point of view, beginning with Esther before bouncing between her and Nick and eventually a policeman, Schmidt, and his investigation into the murders surrounding the attempts to eliminate the faux Anastasia.

As intriguing as the tale is, things do get muddled and overly complex with all of these switches in focus and main characters come and go with some regularity. Once the focus is off first Nick, and then Esther, Schmidt claims the spotlight for awhile. Ernst Rohm's evil presence enters into the tale when Schmidt has a run-in with him with disastrous, tragic results which leads to the policeman - desperate and vengeful - meekly accepting a transfer to Munich. This makes sense as he really has no choice, but it does seem abrupt. 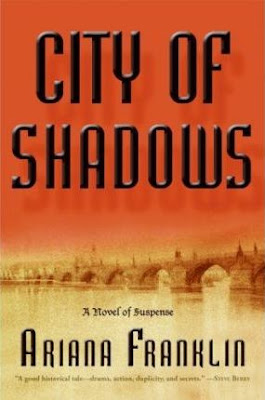 The next jump in the tale is a jarring one. At the moment when the multiple-murderer is still out there, Schmidt's wife's death has gone un-avenged, the budding romance between Schmidt and Esther has not yet bloomed and the mystery of Anastasia remains unresolved, the book jumps ahead 10 years to 1932. Throw in the off-screen death of a main character and the novel begins to slide off the rails. More murders, more deception, Nazis on the rise... all of these should be an interesting mix. But in Franklin's hands they become, ultimately, an uninteresting tangle. Things simply take too long to progress and constant repetition of what has happened earlier in the book further slow things down. The romance between Schmidt and Esther also fails to engage given the amount of time spent on it. Finally I found myself plodding through the rest of the book just to see how it ends. An anti-climatic close to the murder investigation and an interesting twist at the end characterize the ying-yang aspect of the novel.

I'm not saying that CITY OF SHADOWS is not worth your time. The story is an intriguing one and Franklin does an excellent job of recreating 1920s/1930s Berlin with some great period details as well as capturing the feel of that tense time. The characters are well drawn as well. What hurts the novel is the length as the it winds its way through history. Also, the alternating focus did not throw this reader but others might have a problem with it.

In the final analysis, CITY OF SHADOWS is a worthy read that's not without its problems. Put this one in the middle of the Berlin Noir canon: nothing extraordinary and yet not poorly written either. Your mileage may vary.