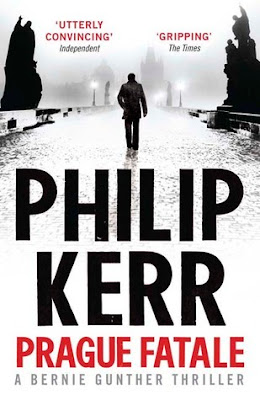 Prague Fatale is the eighth novel featuring Philip Kerr's beleaguered and tormented detective but new readers shouldn't be scared off by this. After the first three novels (collected in Penguin's Berlin Noir omnibus) Kerr's subsequent Gunther adventures have jumped around between periods of the character's life and thus you can pick up any of the stand alone works and not be lost without the back story. Ultimately, Prague Fatale, is perhaps the best introduction to the hero than any of the more recent novels and it does not disappoint. 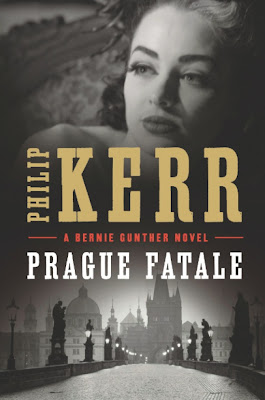 Unlike the last few Bernie Gunther adventures, which tended to jump around from Gunther living in hiding as a war criminal while incorporating flashbacks to pre-war and war-torn Berlin, Prague Fatale is firmly set in 1942 and echoes the approach used for the first three novels in the series. The novel finds Gunther back in Berlin after a traumatic, disastrous stint on the Eastern Front (the previous Gunther adventure, Field Grey) and the reluctant SS officer and disillusioned policemen is suicidal after being made an unwilling participate in war atrocities and this delving into the psychological effects of the war and living under Nazi rule has on the players in the story.

In Fatale, Gunther investigates the death of a foreign railway worker run over by a train. Or so it seems. As it turns out the man was stabbed before being run over and it's a murder case. A chance run-in with a women being assaulted during an air raid blackout provides Gunther with an excuse to hold onto life as their relationship develops. Just in time, too, because the Berlin police department is now under the iron rule of Reinhard Heydrich, chief of the Reich Main Security Office, and the insidious, high-ranking Nazi has taken a liking to poor Gunther. So much so that he orders the reluctant detective to Prague to act as his bodyguard following an attempt on his life. 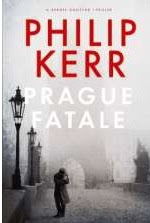 Gunther has no choice but to comply and, with his new love interest in tow, the scene switches to a lavish villa where a group of Nazi bigwigs are assembled to discuss, among other things, the fate of Czech Jews and the rounding up of Czech partisans disrupting the Reich's occupation plans. Gunther's and Heydrich's exchanges really shine in this outing as you see these two morally opposed men learn to work together. Heydrich's menace is present in every passage and watching Gunther trying to straddle the razor blade between following orders and moral outrage that could get him killed make for compelling reading.

A locked room murder ensues and Heydrich makes it clear to Gunther that the Kripo detective is to solve the crime quickly before news of it reaches Berlin.

As is the case with all of the Kerr's Gunther novels, nothing is quite what it appears to be and the investigation soon leads the morally ambiguous Gunther down dark paths of manipulation and betrayal where everyone has an agenda and will do whatever it takes to see it realized. Although not filled with shoot outs and car chases, Prague Fatale is packed with compelling psychological suspense and when it is time to get down and dirty, Kerr pulls no punches. 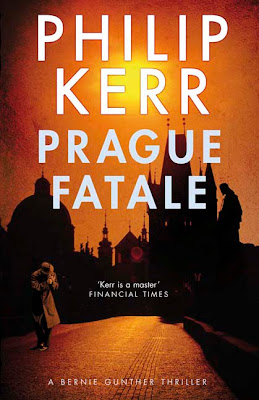 It's easy to say that Kerr does his typical job of recreating war-weary Berlin in the early section of the novel but that doesn't do full justice to how excellent Kerr's depictions truly are. As a fan, and reviewer here at Berlin Noir, I've read a lot of the authors currently guiding us down Berlin dark byways. Some do it extremely well, others give us a Berlin that could just as easily be New York or any other big city. Kerr's ability to place on the streets and surround us with sights and sounds is second to none. I mention this because I did not feel that he managed the same magic with recreating the Prague setting. Oh, the manor house is detailed and wonderfully labyrinthine, but the novel left me with an indistinct impression of Prague. A minor matter to be sure, but it did jump out at me.

In the end, following along with Gunther as he tries to find a murderer amongst mass-murderers is compelling stuff. Especially when he is the tool of a heartless monster who will not tolerate failure. The result is a gripping read, one of the best Gunther cases to date and that's saying a lot. Prague Fatale is another winning entry in what is already a series for the ages.

Next week at Berlin Noir, we'll be looking at Jeffery Deaver's GARDEN OF BEASTS.