REQUIEM FOR A SNIFFER


A Review of A German Requiem 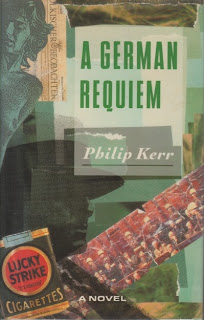 Philip Kerr's A GERMAN REQUIEM closes out the original trilogy of Bernie Gunther novels collected in BERLIN NOIR. The year is 1947 (9 years after the proceeding novel: THE PALE CRIMINAL, see review below) and Gunther is back in Berlin after a "break" in a Soviet labor camp following the German surrender. There isn't much left of the city he once knew and the occupying powers are helping themselves to what remains while the black market thrives. Berlin has become a city that runs exclusively on crime, more a place of desperation and misery than ever before and not only do we learn that Gunther has a wife, but that wife, like so many Berliners of that time, has taken the only way open to her to stay alive: she's selling herself to an American officer. 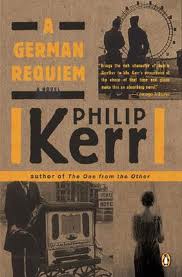 When Gunther gets an offer to investigate a former police and SS colleague arrested for the murder of an American soldier in Vienna, he is at first reluctant to leave - given his marital problems - but eventually agrees not only to get away from his situation, but to earn enough money in the hopes of gaining the ability to provide his wife with the things she is trading sex for. Also, by murdering a Russian soldier in self-defence, putting a little distance between himself and Berlin is not a bad idea. 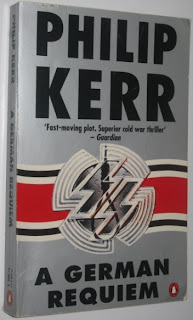 Vienna may have come through the war in better shape than Berlin, but the city is still a hotbed of intrigue and corruption. Like Berlin, the city is divided into zones governed by the Russians, the Americans and the British. The Russians are seeking to lower the Iron Curtain and cut off the west. The Americans and the British are trying to appear cooperative while really a power struggle seethes beneath the surface.

As Gunther delves into the case against his former colleague, the plot takes a turn into espionage and cover-ups. Soon, he is in a tool in the hand of Soviet, US and Nazi agents all seeking to manipulate him to their ends. Crosses and double-crosses ensue until Gunther, and the reader, don't know who to trust. 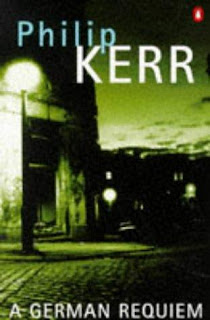 Kerr pulls off some of his best writing in A GERMAN REQUIEM. Not only is the hopeless atmosphere of post-war Berlin and Vienna expertly realized, but the power struggle between the occupying nations hangs like a pall over everything. Into this frame, Kerr paints a picture of the shadow war which heralded the Cold War. Everything and everyone of value is being collected not only to be exploited by the occupying nations but also to keep it out of the hands of the enemy. The aura of self-serving distrust makes for compelling gloom as we watch Gunther try to keep a whole skin while weaving his way through this labyrinth. It's a time to for everyone to choose sides and Gunther doesn't like his options. The novel has some great dialogue. The actions sequences are brutal and unflinching, the outcome uncertain. This is a recipe for a great read and A GERMAN REQUIEM delivers. 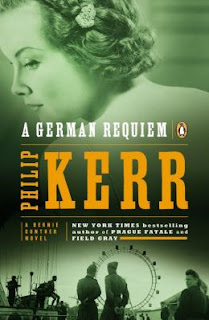 I suppose the case could be made that A GERMAN REQUIEM is not a Berlin Noir novel as the majority of the book is set in Vienna but that's a matters for readers to debate over a beer. It's part of the original trilogy of Berlin cop Bernie Gunther's adventures and that's enough for me. However this is the last Gunther novel we Berlin Noir fans got from Kerr for 15 years as he took a break from Gunther to explore other fictional possibilities. As such, it leaves Gunther in Vienna and uncertain of his future until Kerr continues the sage in THE ONE FROM THE OTHER.

A GERMAN REQUIEM is an engaging, literary mystery and holds up whether read on its own or as part of the omnibus. Kerr is up there with the modern masters of mystery, in the same class as Hammett, Chandler, Macdonald, Spillane and Burke. REQUIEM is a fitting end to the first wave of Gunther books.

Next up Berlin Noir will look at THE SLEEPWALKERS by Paul Grossman. See you next week.