A Review of David Thomas's OSTLAND 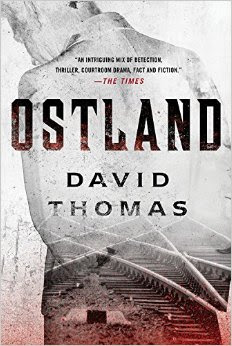 Although not a prerequisite for a great Berlin Noir novel, "Forrest Gump" moments where the fictional characters encounter real life events or historical figures are always fun when handled correctly. What sets OSTLAND apart is that the novel is biographical from start to finish, dealing with documented historical events in a blend of compelling fact and fiction.

In the novel, we encounter Georg Heuser, a real-life war criminal and, over the course of the novel, we see his transformation into a monster. At the outset, Heuser is a young, ambitious policeman newly assigned to the Murder Squad. As the police have been absorbed into the SS by this point, Heuser wears the uniform but is not a member of the Nazi Party though he is the product of their mental conditioning. Heuser's mentor, renown detective Ludtke, has been on the trail of a serial killer stalking the S-Bahn elevated trains of Berlin, murdering women and dumping their bodies out of the moving cars. The case has Berliners living in more fear than usual and has even come to the attention of Heydrich. The pressure is on to stop the slaying and have a culprit (not necessarily the guilty party) to parade before the courts and enforce the idea of Nazi infallibility. The police have been on the case for months and have gotten absolutely nowhere.

What follows is a gripping police procedural as they close in on
their man and we see Heuser gradually relax the spit and polish enthusiasm of youth as he falls in love with a Kripo secretary and familiarizes himself with how the police force operates. Heuser is a good cop, he's good looking, intelligent and doesn't crack under pressure and the sky's the limit once the case is brought to its conclusion. 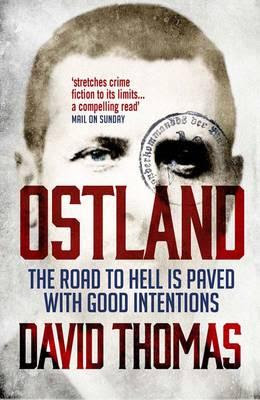 Offsetting the police manhunt chapters are sections that jump ahead to the 1960s where Heuser is under arrest and being tried for war crimes. Getting to know Heuser only through the glimpses into his early life make these sections fascinating as we can only wonder how this good cop became a mass murderer. The two versions of Heuser don't jibe at this point.

Once the S-Bahn killer had been dispense with, Heuser, like so many of his fellow officers, is transferred to the Einsatzgruppen. Here, he believes, he will be used to keep the peace as Nazi-occupied territory is resettled by Europe's Jews and willing German immigrants. Heuser looks forward to this work with no idea of what is truly in store for him. Even upon arriving in Minsk and being told first hand by a former colleague that the Einsatzgruppen units are execution squads murdering Jews to be dumped into mass graves, Heuser refuses to believe it. When he learns for himself that his friend was telling the truth, Heuser decides he simply will not be part of the killing. He is a man of principles, he is a policeman, he will not take part in the cold-blooded murder of the innocent.

Until he is ordered to participate by his superior officer. This leads to a crisis and Heuser seeks out his old boss at Kripo while on leave. Through a bit of tragic consequences, Ludtke, Heuser's former boss and a veteran of WW1, has no idea the lengths the Nazis are going to away from prying eyes and gives Heuser the worst advice imaginable: a soldier must follow the orders of his commanding officer. Period. 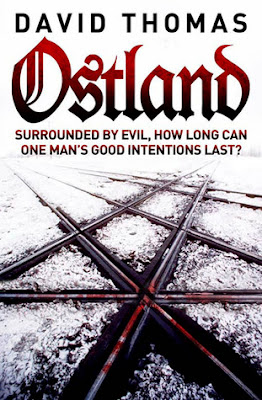 What follows is Heuser's descent into Hell. He becomes the monster on trial in the 60s sections of the novel and we see his transformation - a lethal combination of personal denial, alcohol and mass psychosis which destroys him. Like witnessing a car accident in slow motion, we cannot look away because Heuser, for the most part, is us and the chilling point of the novel is that anyone, in the right (or wrong) circumstances can become the worst version of themselves. OSTLAND is both a compelling read and a Lord of the Flies warning about the monster that dwells in all of us. Once begun you cannot put the book down.

Thomas does a great job of recreating Berlin with great period details and spot-on characterization. The book jumps around between the past and present but never jarringly. My only knock against the book is the shoe-horned in love affair between two of the lawyers involved in the war crimes investigations. With so much more interesting elements both historical and fictional, a banal tryst slows the pace but not to the point where the momentum of the novel comes to a complete halt.

OSTLAND is one of the best novels we've reviewed here at Berlin Noir Reviews. Once read, it will not be forgotten, it will linger long after the last page is turned. Don't miss it!