BY ANY OTHER NAME

A Review of Jonathan Rabb's ROSA 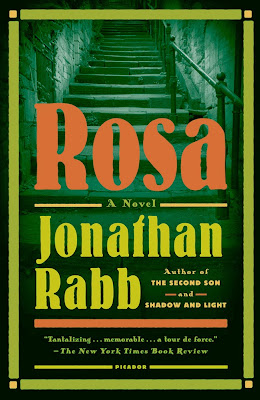 ROSA takes us back to a time not often covered in the wealth of Berlin Noir being published today. Whereas most of the great, and not so great, fiction coming out these days deal with Berlin in the 1930s (even the 1920s are having their day), ROSA kicks off in 1919. Dealing with the real life murder of Rosa Luxemburg, the co-founder of the Spartakusbund - the German communist party - and participant in the Spartacist uprising that was squashed by the Freikorps in the desperate days following the end of WWI. Luxemburg was murdered and dumped in the Landwehr Canal and this is where Rabb's tale begins.


ROSA is the first of three (to date) adventures of Detective Inspector Nikolai Hoffner. I've reviewed the second novel in the series (that can be read HERE) and the third novel, THE SECOND SON, will be featured in a future review.

The novel begins with Hoffner and his young partner Fichte are on the heels of a killer of women who carves an intricate pattern into the backs of his victims. With fighting in the streets, political tension and food shortages, one more reason to despair is the last thing Berlin needs at the moment. The two policemen soon identify the woman as Rosa Luxemburg then their case is hampered when the political police get their claws into it with the hope of using it for their own ends. The plot is slow to develop and too convoluted to go into more detail than what's outlined above. Not without risking spoilers anyway.

Rabb does an excellent job of recreating the historical setting in ROSA. Although it lacks the immersiveness of SHADOW AND LIGHT there are enough period details to set each scene and Hoffner and Fichte move through a Berlin that feels real.

As a series character, Hoffner's got angst to spare. He's of Russian descent, he's Jewish, he's hit his wife which has turned his two sons against him and he's cheating on her to boot - with his partner's girl friend! In other hands, these story elements might come across as overused clichés, but Rabb makes the lives of these characters realistic. 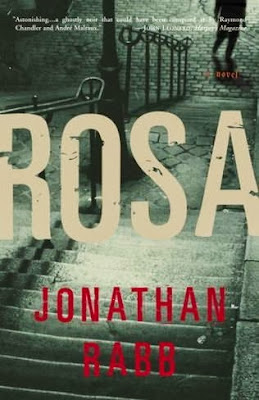 However strong characterization and an evocative setting are not enough to move this novel up my list of what I consider the best of Berlin Noir. This might be due to my having read the far superior SHADOW AND LIGHT previous to this one. It's not fair to judge the first book of a series by the subsequent volumes as the writer will gain experience and skill with each outing, but I can't help but feel slightly let down by ROSA. For others coming new to the novel, your take might be different and so I state the reason for my reservation so as not to color your approach to the book should you decide to give it a try.

The plot works fairly well though it takes forever to get going. Fichte is given the spotlight early on in a bizarre plane trip, but the focus soon firmly shifts to Hoffner with his marital problems and the issues with his superiors looking to frustrate him at every turn of the investigation.

ROSA is not a bad read. Although the story lags at times, it is interesting overall and when the book does get going, there are moments when it shines. The novel does comes across as a bit disjointed but Hoffner is a captivating character you don't mind tagging along with as he wins victories and suffers tragedy. I recommend ROSA. It kicks off a compelling series and will prime you for the far superior SHADOW AND LIGHT. Having read the first two of Rabb's Berlin books with, as you can see, mixed results, I am still looking forward to the third book. That tells you something about Rabb's writing ability. Give ROSA a try. I don't think you'll be disappointed.