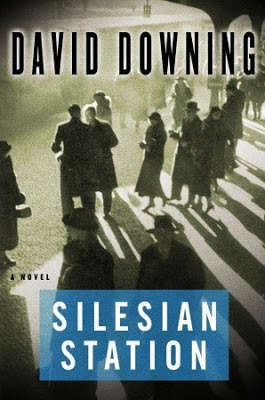 It is difficult to do Silesian Station justice. All of the trappings are there. It is July, 1939. The Nazis have the world by the collective throat and are dragging nations inexorably to war. Half-American, half-British journalist John Russell and his son return to Berlin during this last peaceful summer. Only things are not as serene as one thought. Russell's lover has been arrested by the Gestapo. To get her out, Russell has to agree to spy on the Russians for the Nazis. This he, of course, agrees to do - fully intending to be a double agent and hope that the good guys will help get him out of Germany when things really get ugly. Into this mix is the sudden disappearance of a teenage Jewish girl sent to Berlin by her parents for safety reasons. Choosing the palm of the Nazi fist of power seems an unlikely place of safety but the parents are farmers who, for some reason, think that anti-Semitism isn't that big a deal in Berlin. Go figure. 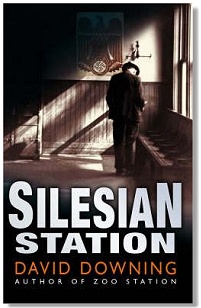 As you can see, for the most part, the pieces are here for what could have been a ripper of a yarn. Instead Downing gives us an uninspired slog that moves at a glacial pace. Russell strolls, drives, rides trains, drinks and eats in restaurants and bars - all the while catching important history lessons that show the reader that war is inevitable. With so many plot elements, it's hard to imagine how Downing could give readers a 300 page novel where almost nothing happens and yet he does. In his wanderings Russell hits Warsaw, goes to Moscow to observe the pact between Hitler and Stalin, learns of the Nazis staging violence to blame on the Poles as an excuse to go to war. He does nothing about this things, however. He's just there so he can take the reader by the hand and show us the situations. 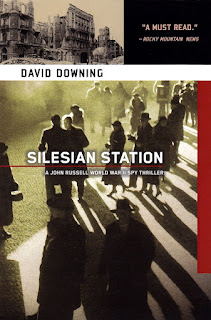 The missing girl element soon becomes the only plot thread of interest to anyone with even a thumbnail sketch of the historical period as it is the only storyline with a resolution that is unclear to the reader from the outset. Very little in the way of detection goes on though and it isn't even Russell who eventually breaks the case. The only part of the novel I enjoyed was the resolution to the missing girl angle in the last 20 pages. 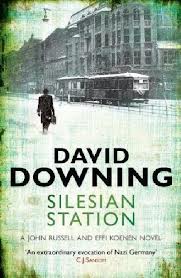 The rest of Silesian Station is a lesson in how to make a novel as dull as possible. Too talky, too many historical details trowelled in to slow the story down even more than it would seem possible to do. Cardboard characters, pedestrian prose and a hero who needs help to tie his shoes all make for one of the, if not the, worst Berlin Noir novels I have read to date.

If you're putting together a list of Berlin Noir novels to read, put Silesian Station at the bottom of  your list. There are much better Berlin Noir reads out there.