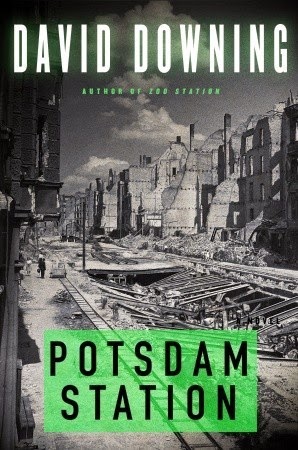 POTSDAM STATION is the fourth of the six John Russell Berlin Noir thrillers by David Downing and it's typical of the three that precede it. The events of the three previous novels have resulted in Russell, his lover Effi and their son Paul being scattered to the four winds. Russell has fled Berlin for London, Effi fights the good right in the Berlin resistance and young Paul is a German soldier tasked with defending Berlin from the encroaching Soviet troops. Berlin lies in ruins, citizens starve, are executed by fanatics, and cower in desperate fear of what the Soviets will do to them once the city falls. Russell, seeing the coming doom, returns to Berlin to get Effi and Paul out of there before it's too late. In order to this, he has to agree to spy for the Russians... again. 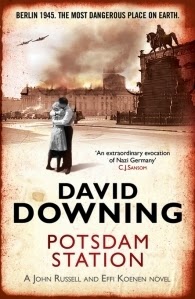 What follows breaks no new ground in this series. Downing's novels are very talky and rely far too heavily on period details. When the details overshadow the plot, the book's got problems. And that's what happens with POTSDAM STATION. Don't get me wrong, the details ARE there and the hell-on-earth that was Berlin in the closing weeks of the war are accurately portrayed. 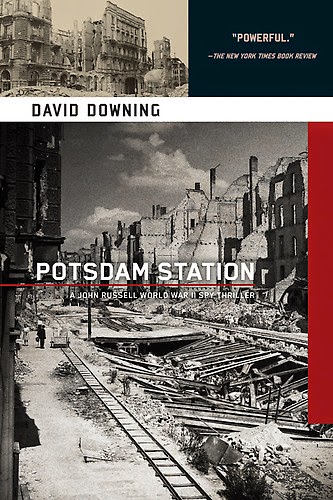 This is a three-pronged narrative. We get Russell's journey back to Berlin alongside Effi's work for the resistance and Paul's troubles in the rag-tag army trying to defend the city. The novel jumps around in these three storylines and none of them move terribly quickly. Russell is not an engaging lead. Rather he's annoying, whiny and ineffectual. Effi fares better but her storyline is improbable as she's a famous actress yet can move about and no one seems to recognize her. Endless details in each section bog the novel down as well. These descriptions, for the most part, are often all we get in a scene as nothing of any great consequence occurs. People travel to meet people (the trip agonizingly laid out), they talk, observe, muse and then it's on to the next setting. As in the other novels in the series, the ending is rushed, relying on coincidence and quick happenings to wrap things up. It's as if Downing runs out of period details from his research and figures enough is enough.

I consider POTSDAM STATION, along with the other Downing books, as middle of the road Berlin Noir. They aren't as bad as Rebecca Cantrell's offerings and don't come anywhere near the level of excellence of Kerr's Gunther series. If you're in the mood to revisit Berlin in the last days of the war, then I'd recommend this one. If you feel like and edge-of-your-seat thriller, look elsewhere.