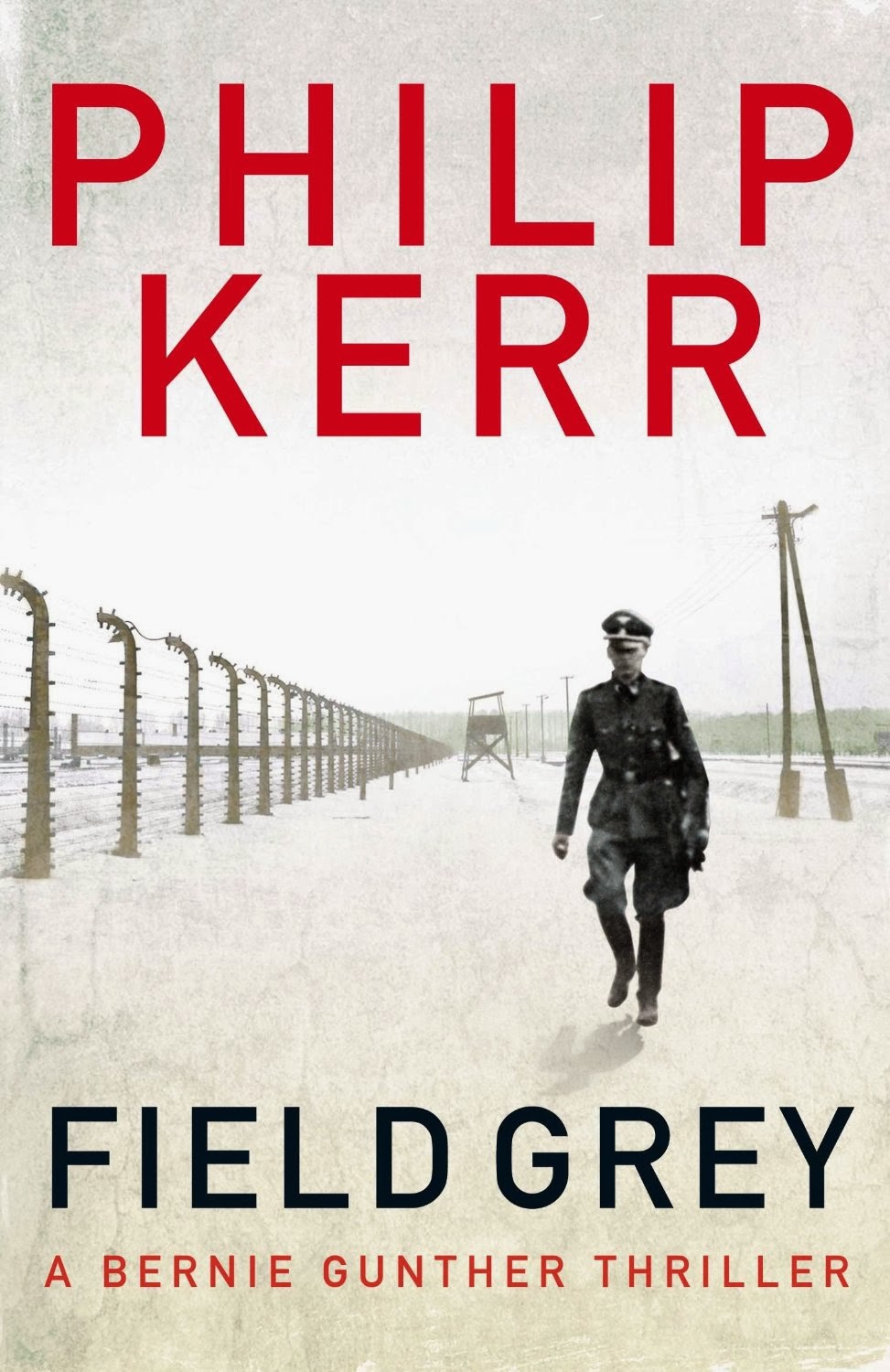 FIELD GREY is my favorite Bernie Gunther adventure. I've enjoyed them all, but this one stands out for me.

First some details. Although the novel bounces around various time periods like Billy Pilgrim in SLAUGHTERHOUSE FIVE, things kick off in Cuba where Gunther has been hiding under an assumed name. The year is 1954 and the turbulent tendrils of the past seem to have finally passed Bernie Gunther by. He's existing, staying out of dangerous trouble and, frankly, miserable. He's a man of action, preferring to stick his nose where it doesn't belong to see if someone will try to lop it off. His time in Cuba is mere existence now and he's more tired of it than he cares to admit.

When an associate needs Gunther's help to get a woman wanted by the police out of Cuba, Gunther agree to take the woman by boat to Haiti. En route, the boat is stopped by the US Navy. During the search, the woman shoots one of the Navy men and any chance of talking their way out of trouble goes over the side. Gunther and the girl are arrested and separated. While the girl's fate is not revealed, Gunther winds up in Gitmo where he is interrogated before being transported briefly to a prison with a view of New York City. His captors are not the least bit sympathetic to someone they believe to be a Nazi and Gunther's insistence that he is not, and never was, a Nazi though he wore the field grey uniform falls on deaf ears. He eventually finds himself back in Germany, imprisoned in the same cell Hitler occupied while writing Mein Kampf.

As with previous Gunther novels, the plot begins to jump around between time periods as, 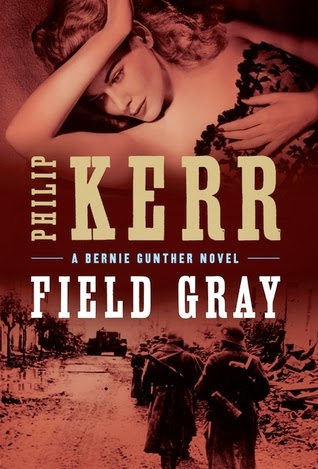 during the interrogations, Bernie relates stories from his past. We skip back to Minsk, 1941 to hear of the retaliation Gunther ordered against a group of Russians who had executed women and children and how this fits into the insidious tapestry of genocide the Nazis and Russians are carrying out under the blanket of war. From there, the novel shifts to Germany, 1931 where Gunther is investigating the murder of two policemen during the uncertain time when Communists and Nazis battled in the streets. Gunther learns the identity of the murderer, one Erich Mielke - a real life personage who went on to be become the Minister for State Security in the German Democratic Republic during the Cold War. Gunther does not get his man and the action shifts to Paris in 1940 where Gunther has been ordered by Heydrich to return political prisoners to Germany to stand trial. There an attempt is made on his life and he witnesses the execution of prisoners "shot while trying to escape" all while falling for a French woman. Already a mouthful, the novel is not done yet as we learn of Gunther's time in a Russian POW camp, his escape and return to what's left of Berlin. Finally the novel settles down to the present, in this case 1954, and Gunther is in the hands of the CIA, tasked to point Erich Mielke out to them so that they can take him into custody.

If the above seems daunting to anyone reading this, don't be alarmed. The strength of FIELD GREY is Kerr's uncanny ability to keep all these balls in the air while painstakingly recreating each time period and location with consummate skill. The reader is instantly immersed into each section of the tale, and each section is seamlessly connected to the overall plot. FIELD GREY is a masterpiece of sustained narrative. While presenting us with a detailed overview of his life which compliments flashbacks/flashforwards from other novels in the series, Kerr still gives us a unique story putting Gunther in several caldrons of hot water at any given time. He's a war criminal. He's a convict without hope. He's an informer spilling his guts to save his skin. He's a murderer. A lover. A victim. A perpetrator. Ultimately, Gunther is a dangerous man, a complex man. More importantly, he's a survivor and not to be underestimated. 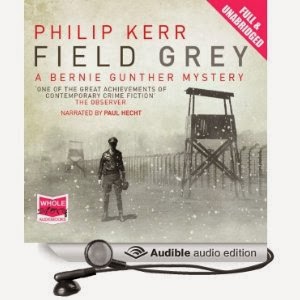 A novel like FIELD GREY is a dangerous balancing act. If not pulled off carefully, the tale collapses upon itself. However Kerr's sprawling tale, and tales within tales, is surprisingly tight and focused. Gunther bounces all over the globe over a stretch of decades yet the story is still his story, his choices have implications on the past and it's up to him to forge his own future. The novel is a delight to read and the time-shifts are not jarring in any way. The book takes an honest approach to conquerors and the conquered and is historically accurate to the best of my knowledge.

Gunther dominates the landscape of the novel. His stories are bursting with character, mood and immersive historical details but it is what we learn about Bernie Gunther over the course of FIELD GREY that is worth the price of admission. If this is your first Gunther book, you'll want to read the rest. If you're coming to the book in sequence, you'll come away with insights into Kerr's remarkably human hero that flesh out not only the books that came before but those that have come after.

I loved FIELD GREY and can't recommend it highly enough. It is a tour de force, a remarkable achievement and highly entertaining reading. Don't miss it.